Eddie’s vote counts for both Grammys and Latin Grammys in four categories. Like a long, soulful riff, Eddie Torres’ lifelong love affair with music & amp; film began years before he became an award-winning composer. It began on the streets of Chicago’s Cubs Wrigleyville neighborhood in the north side of Chicago, IL. 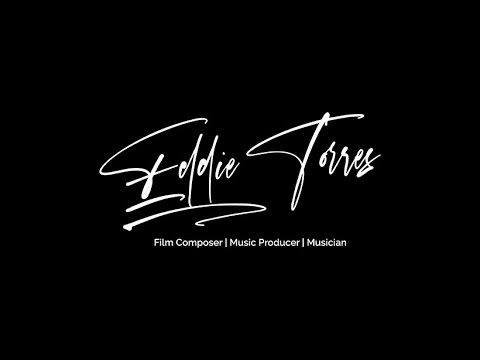 Eddie was nine years old when his father put a $26 guitar in his hands. Ever after, he considered himself a musician. By age 11, he was playing multiple instruments. In his teens, he lined up gigs for his band: concerts, corporate events, weddings and fundraisers. In between parking cars for Cubs fans and performing, he began using second-hand recording equipment to piece together his own music.
By his twenties, Eddie worked a full-time job started a family and produced music from his studio in Chicago at night. The round-the-clock demands took a toll so he chose his passion for making music, opening Rushing Wind Productions in 2002. After relocating to Chicago’s west suburbs, he constructed an acoustically-sound, stylish 1,000-square- foot home studio in 2007. One look around Eddie’s studio tells a story: Walls are papered with endearing notes praising Eddie’s professionalism, tireless work ethic and musical imagination.

Expanding on his success in music for film and other projects, Eddie has composed music for TV shows such as Oxygen TV Murder For Hire, License To Kill and Life Time TV Super Nanny, but has also produced artists such American Idol Devin Velez. Currently, he is also writing music cues for a popular international show coming to NBC TV 2020 as well as signed to new feature film for 2020 Life Ain’t Like The Movies director Robert Butler. Eddie has also produced TV jingles for Telemundo Chicago, Del Ray Farms and TCF Bank. His original music score for a documentary Self Serve included Hollywood actors such as Oscar nominated actress Sally Kirkland, creator of Final Destination Jeffery Reddick. Eddie’s voice is heard through his character Apple Peace, a 3D animation (The Fruit Gang) titled You Are Special available on Amazon and also served as senior sound producer.

Eddie lives with his beautiful wife of over 30 years Juanita and has two kids and one grandson. Joshua, Alexa and grandson Logan. What is one of Eddie’s most memorable projects? Co-writing and producing the original track Never Forgotten with his daughter available on iTunes. The song, with bright overtones of ukulele/reggae/pop, was inspired by the memory of people loved and lost.